There has been quite a few changes over the last updated newsletter. The most important is that we no longer teach Shorei-Kan Karate out of the Mandurah Martial Arts Centre. The proprietor and Chief Instructor Dr. Nigle Farrier Sensei decided after many years to retire and close the dojo. Luckily for us we secured a new premise to hold our practice. Not far away was a Go Jyu Kai dojo which had space and time for us to practice out of. They are a traditional karate dojo run by Brigit Wall Sensei who has operated the dojo for thirty odd years and is run under the guidance of Bob Mackie Shihan. We can put up all our Shorei-kan paraphernalia  and make it our home.

As of July 18th 2020 I have my first two Shodans in Michelle Howells and Damian Whittaker who are my first and second students. I am very proud of what they have accomplished and they are a real asset to the Mandurah Dojo and to the future of Shorei-Kan in Australia. 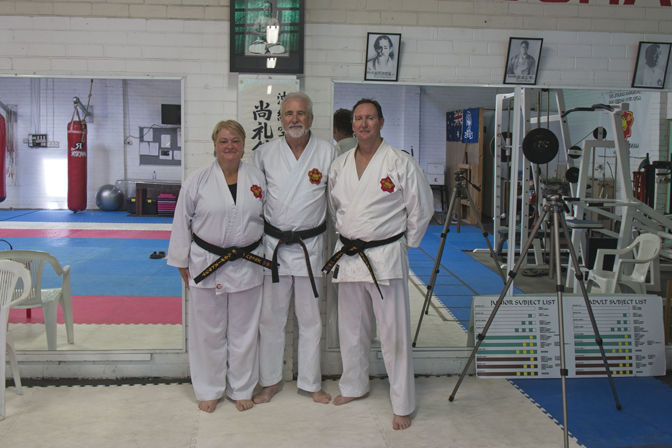 The growth of Shorei-Kan has been slow as now a days there is a proliferation of martial arts and styles in Mandurah. Over the years there have been a few students come and go and at the moment we have slowly grown to 9 with the addition of my first junior student. In Australia in order to teach children and early teens you have to get police clearance and a Working with Children certificate. Well I passed the clearance and have my certificate so now I need more junior students.

A few years ago Vic Hargitt gifted me a Drauma doll while in Japan. The idea is that it has two blank eyes and that as you achieve your goals you fill in the eyes so it is no longer blank. It is also rally polly so it represents never to give up in other words seven times down eight times up. Well with the addition of my new shodans I have acheived my first goal and can fill in one of the eyes. My other goal was to have ten good students. I have one more to go…

With the close of the Mandurah Martial Arts Education Centre and the retirement of Nigel Farrier Sensei, I am no longer taking lessons in Matayoshi Kobudo. My two students Michelle Howells and Brian Coles have achieved their Shodan grading in Matayoshi Kobudo. I plan to incorporate Matayoshi subjecst into the Shorei-Kan Kobudo system in the future. 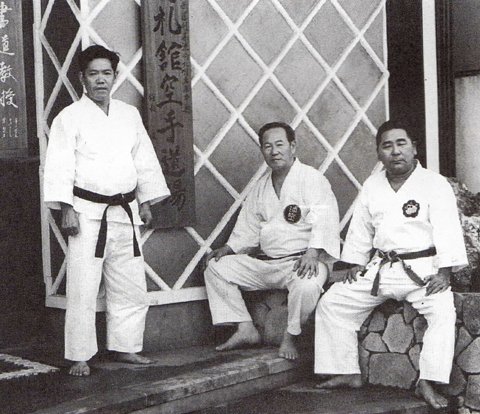