It is with great sadness we announce the passing of Ennio Gasbarri Sensei the Chief Instructor of Langley dojo.
Ennio Sensei put up a long and strong fight with cancer. He was a gracious host to the several Instructors travelling from Japan.
He will be sorely missed by all.

Sensei Ennio was my Shibucho in the Langley Dojo for a number of years when I lived there and he especially enjoyed teaching self defense techniques against knives and other weapons. He once taught a self defense class of mine geared toward women and teens, and thanks to his contribution, several of the students were able to defend themselves because of his skills.  He was also proficient in metal work and produced some fine weapons by hand.  I was privileged to have him as my test partner in 2015, and enjoyed his karate classes a great deal. He will be sadly missed.

It was with great sadness  that I heard of Ennio’s passing. I have very fond memories of training with him throughout the years.  I also remember many great times at the annual pig roast Ennio, his wife Sharon and the family put on. It was a feast beyond compare with many friends and fellow karate ka. In the later years when Langley Dojo closed he joined me at South Langley Dojo and continued to train and help run the dojo. He was a good example of a Shorei Kan Black Belt. In 2013 when I left for Australia he stepped up and took over the Chief Instructors position and with the help of Bill Wiseman ran the dojo until he no longer was able to due to his illness. I know the last year was very hard for him and now may he rest in peace. I know that he will be missed very much by everyone who knew him.
My deepest condolences to the family 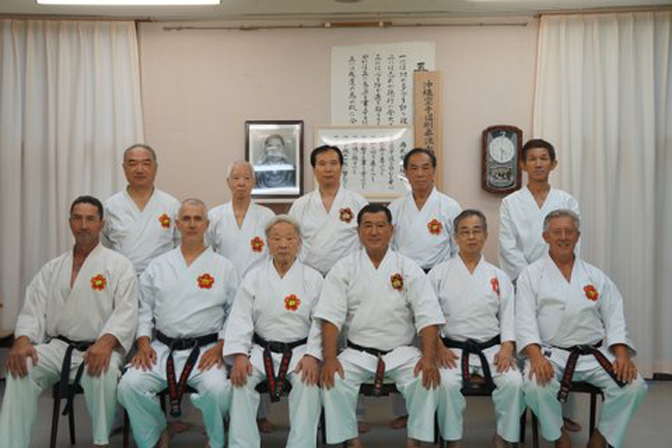